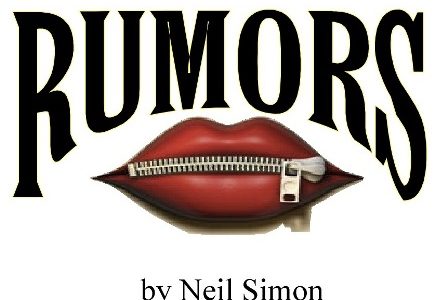 At a large, tastefully appointed Sneden’s Landing townhouse, the Deputy Mayor of New York has just shot himself. Though only a flesh wound, four couples are about to experience a severe attack of Farce. Gathering for their tenth wedding anniversary, the host lies bleeding in the other room and his wife is nowhere in sight.

His lawyer, Ken and wife Chris must get “the story” straight before the other guests arrive. As the confusions and mis-communications mount, the evening spins off into classic farcical hilarity.
Teatro Serpiente presents Rumors by Neil Simon. Directed by Rich Greywolf
Auditions will be held at Taos Charter School on February Sunday 26 at 11:00 am and Monday 27 at 6:00 pm. Sides and character descriptions will be available.